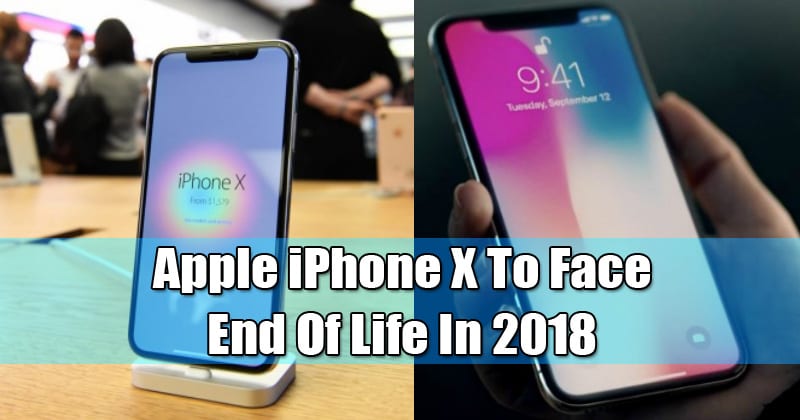 A few months ago, Apple released its much anticipated iPhone X. The phone created lots of demands because it carries a unique design and some awesome technology. However, Apple’s iPhone X could end up being the first previous year model that is not retained in 2018.

The predictions of well-known analyst Ming Chi-Kuo says that Apple iPhone X will face “end of life” in summer 2018 and will not be retained after the new iPhone being launched. This is probably because the Apple iPhone X sales were not as high as expected.

According to the reports from AppleInsider, Ming-Chi Kuo’s note also said that the company will probably ship 18 million iPhone X devices in the first half of 2018. Ming-Chi Kuo also said that iPhone X is not successful in China because of the notch that causes problems to few users.

Not only these, Ming-Chi Kuo also predicted that Apple will probably launch three new version of iPhones in 2018 and all will come with full vision display. The budget-friendly version will have an LCD display and the other two high-end version will have OLED display.

Ming-Chi Kuo’s note is interesting because the iPhone X, which stands for iPhone 10, is supposed to be the anniversary special to mark the ten years of the iconic Apple product.